The first Malta Maritime Summit, held on the eve of Malta’s presidency of the Council of the European Union in October 2016, turned out to be an even greater success than expected. With this success still very vivid we are highly motivated and looking forward to the second edition which will be held between the 1st and the 5th October, 2018.

Again this is a unique opportunity where highly influential international maritime executives will meet, to discuss and analyse the current European Union Maritime strategy and its global impact particularly on the European stakeholders and players.

The conference will be spread over four and half days and is intended to stimulate various debates with the scope of reaching conclusions and make proposals which will be formally presented to the Prime Minister and other policymakers in Malta as well as to the various international stakeholders for their consideration.

For further information regarding the Malta Maritime Summit 2018, click here. 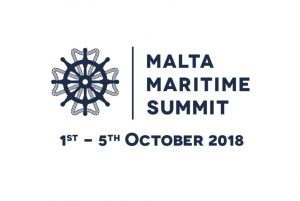